Network Information & Documentation for IT Professionals

If you never looked at vbs or powershell scripting, now is a good time to start.

I started in 2005 with vbs scripting to produce a vbs script that made it possible to run a script from my PC to document a remote computer.

I produced the script based on the knowledge I gained from The Scripting Guys. They still produce great content and you should check out the Scripting Center to learn more.

The scripts contained in the zip file will produce either a HTML page, an Open Office / Libre Office Writer document or a Microsoft Word document, you just have to run the script and put in the Computer name you want to document.

There is only one restriction: You must have Administrator rights on the computer you want to run the scripts against. Just a safety measure to prevent normal user from getting potentially private information.

If you start the script it will show you an input screen like this:

If you open the scripts with an editor like Notepad or Pspad you will find extra documentation included about the usage of the file. There are also lines that you just could take out of the output documents by adding or removing a remark option like  ‘ * to activate or de-activate a line.

Unzip the files in a separate folder and replace the logo.jpg with the logo of you company. And if you know some basic HTML code, you can change any portion of the lay-out.

Here are some small examples of the output. 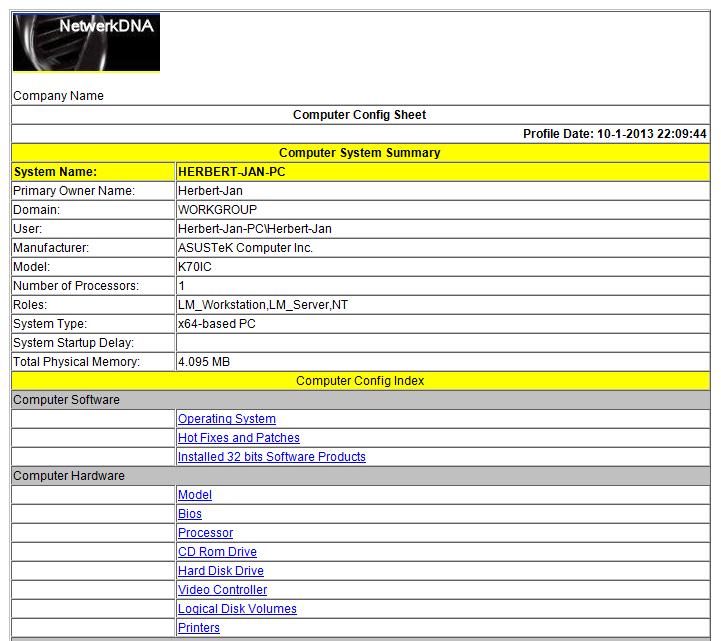 If you click on the index options it will take you to that part of the configuration sheet. 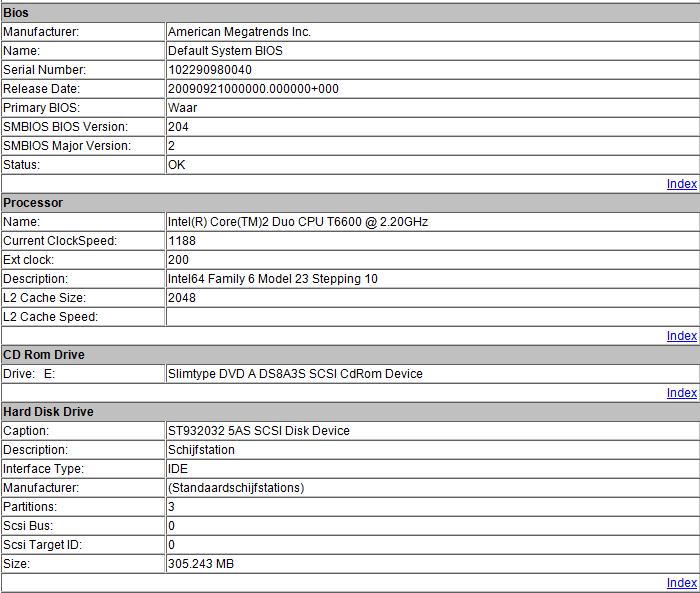 Besides a standard computer you can also use this on Windows Based servers to get your Server documentation done.

Want to stay informed and get new articles in your Inbox?

This is a professional site that could receive compensation from the companies whose products we promote.